More stunts, vehicles, and weapons are featured in the sequel than ever before, as well as a new grappling hook system.

The world of Panau itself is an incredibly detailed and vast 1,000 sq km game world with realistic weather effects and multiple climatic zones.

Skydive down to a tropical jungle from 10,000 feet, ride a dune buggy through an arid desert, or climb a mountain in a 4×4. The vast, open-ended gameplay will be returned, allowing players the freedom to freely explore Panau’s massive world and complete their assignments however they see fit. 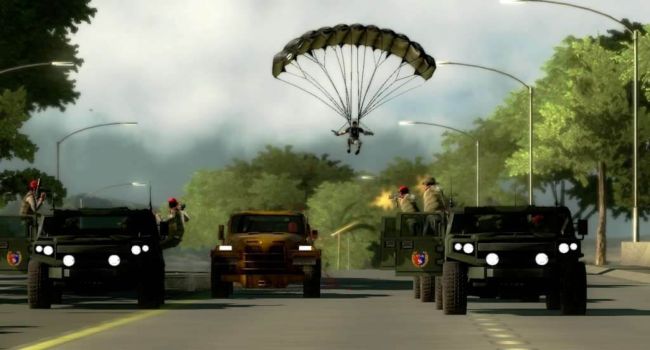