Wolfenstein II: The New Colossus is the highly anticipated sequel to Wolfenstein®: The New OrderTM, developed by the award-winning studio MachineGames.

A captivating adventure made possible by id Tech® 6, Wolfenstein® II sends players into Nazi-controlled America on a mission to recruit the most courageous resistance leaders left. The definitive first-person shooter blasts your way through legions of Nazi soldiers in iconic American locations with an arsenal of badass guns and new abilities.

1961 in America. Assassinating Nazi General Deathshead was a short-lived victory. Despite the setback, the Nazis maintain their stranglehold on the world. You are BJ Blazkowicz, aka “Terror-Billy,” member of the Resistance, scourge of the Nazi empire, and humanity’s last hope for liberty. It will only be you who will return stateside, slaughter every Nazi you see, and spark the second American Revolution. 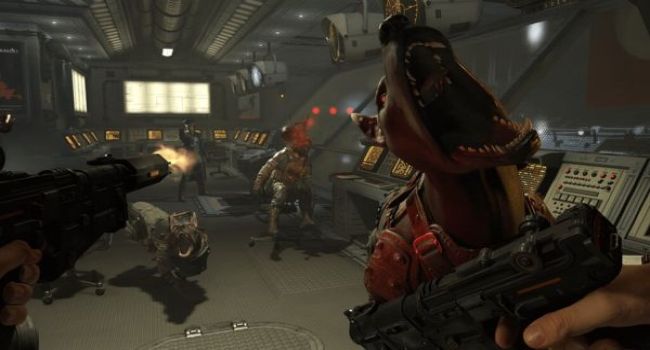